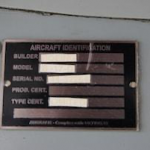 Data Plate: Know what this is and where it is for your aircraft. Has the type certificate number, make, model, and serial # of the plane. The FDA states where these plates must be placed in Part 45.11: “[T]he aircraft identification plate must be secured to the aircraft fuselage exterior so that it is legible to a person on the ground and must be either adjacent to and aft of the rearmost entrance door or on the fuselage surface near the tail surfaces.” Thus, the regulation specifically requires them to be placed on the exterior of the aircraft; it may not be mounted on an interior surface, regardless of whether it is visible from the outside. If the plate is missing you are not legal to fly.

Antennas: Know where they are located on your aircraft and what each one is for. 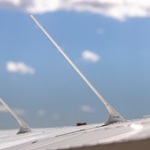 Communication antennas: Each com transmitter has its own antenna, mostly for redundancy. They can be mounted on either the top or bottom of the aircraft, but each installation is susceptible to shadowing from the fuselage. Shadowing is caused by structure, such as the vertical stabilizer or landing gear doors, in the transmitting path of the antenna. 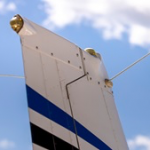 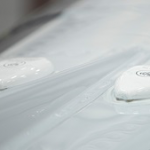 GPS Antennas: Typically mounted on the top of the fuselage because it is line of sight. They can cause interference with COM antennas, so are typically mounted far away. There are a few special antennas that cover both but are high cost due to the specialized shielding they require. 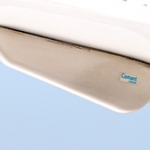 Marker Beacon Antenna: Typically on the bottom of  the aircraft as they detect signals from a ground station you fly over (for instrument approaches). The most common is the canoe antenna. 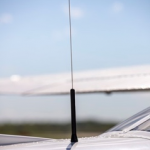 ELT Antennas: They are almost always on the upper skin of the empennage and are made of a flexible material. There are a few exceptions, though; some may be buried in the vertical tail or look like small com antennas. 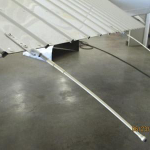 Static Wicks: Not all airplanes have them. Know where they are, where the ground straps are, and how many are on your aircraft. They remove static from an aircraft which can occur when you fly through clouds. Cessna 172s often have ten: two on each wing, two on the rudder, two on the vertical stabilizer, two on the elevator. 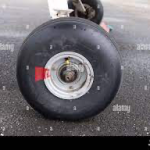 Wheels and Tires:  You will often see a red dot on the tire outer wall, usually across from the tire valve stem. Sometimes instead there is a red line painted from the tire onto the wheel itself. This is used to tell if the tire is slipping on the wheel. If it is out of place, and there is a shimmy during taxi, a main tire may be slipping.